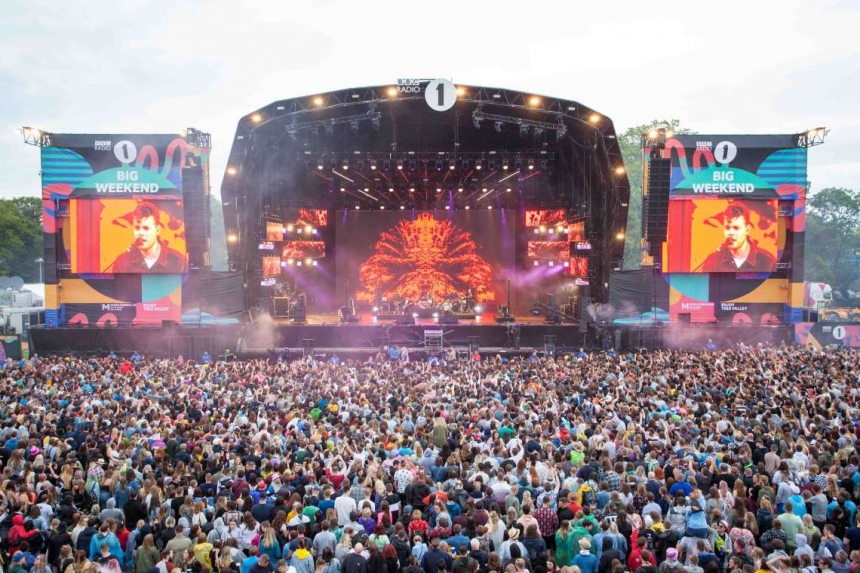 Middlesbrough partied when BBC Radio 1 Big Weekend came to town, with Serious Stages supplying the three stages and site structures in Stewart Park, May 24 – 26, 2019.
Miley Cyrus, Stormzy, Mumford & Sons and The 1975 were among the plethora of headline artists and rising stars on the bill at the summer’s first major festival for the Serious team. The BBC events team oversaw the whole event, with their main focus on artist content and broadcast output for TV, streaming, radio and social channels. They engaged Festival Republic to produce the live festival site and Nine Yards to manage the site infrastructure.
Tony Wheeler, founder of Nine Yards stated:
“We have worked on previous BBC Big Weekends several years ago, then last year returned for the Perth iteration and it’s been great supporting Festival Republic’s delivery of what has been a great experience for the artists and fans here in Middlesbrough.
“As ever with this event we have been working at an outside site not used for a show of this type or scale before, so that has required attentive planning and a meticulous build. Serious Stages has been a key component supplier once again in providing the stages, which not only look great on TV but can accommodate the fast turnaround of artists all bringing in their production set pieces.”
The main stage was a Serious 25m Space Roof flanked by a pair of goalposts carrying screens, pa and branding, giving an impressive 38m frontage onto the main arena holding a crowd of up to 25,000 people. Serious provided the three storey front of house platform, assisted viewing platform, four 12m GT Asteroid speaker delay towers and four camera platforms.
The second stage, inside a giant big-top, was a 31m x 14m platform, split into performance stage, with wings for tech and rear loading area served by two loading ramps. Serious front of house, camera towers and assisted viewing platforms were also installed inside the tent, with an exterior scaffold video screen support at the front of the tent relaying the bands to the outdoor food court.
Serious constructed a 14m x 9.5m stage deck for the BBC Introducing stage in a smaller Saddlespan tent, with a single storey front of house structure and camera tower.
All three stages had camera tracks on platforms located on their front aprons, giving the BBC premium camera positions to meet their broadcast requirements.
Tim Norman, Serious Stages’ on site project manager, commented:
“It was satisfying to deliver three stages that looked great for the live audience and in the broadcast footage. It was a very well organised build and egress working with the BBC, Festival Republic and Nine Yards, making it a pleasure working on this show.”
Share:
← Back to Latest News