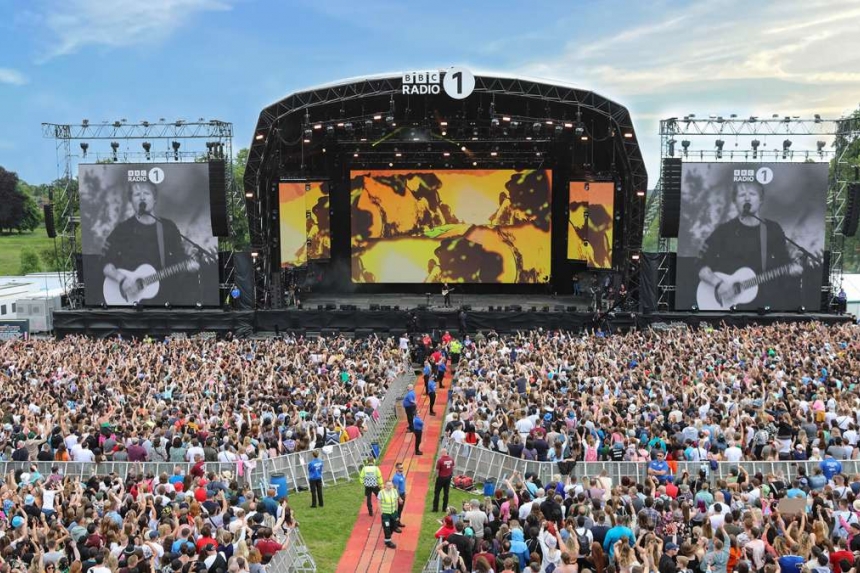 The BBC Radio 1 Event team, headed by Tara Auty oversaw the whole event, with Festival Republic contracted to deliver the production and Enteetainment supporting them. Their main focus was on delivering high-quality artists’ content for broadcast and live audiences. Particular attention was given to welfare and sustainability, as well as pulling the production team and suppliers back together, for the first large-scale post-pandemic event.

“Taking the Big Weekend to a new venue means that we have to re-invent the site every year and we always want to present something contemporary / ground breaking to the fans. We like the aesthetic the curved roof of the Serious Space Roof provides, it’s a smaller stage, but we worked with show designers and Frankie at Enteetainment to accommodate the production and introduce a new  screen format, with large square LED’s flanking the main stage, which looked great.”

“It was great to be back on-site with the core of suppliers we’ve worked with for many years before the pandemic. It was a fantastic feeling to be back in a festival field again with each other. As always it was a pleasure to see and work with Serious Stages’ operation manager, Abbey Thomas, who was a delight to deal with. As with many industries, the return from the pandemic has presented challenges – particularly of workforce and budgets and Abbey was attentive to make sure everything went as smoothly as possible.”