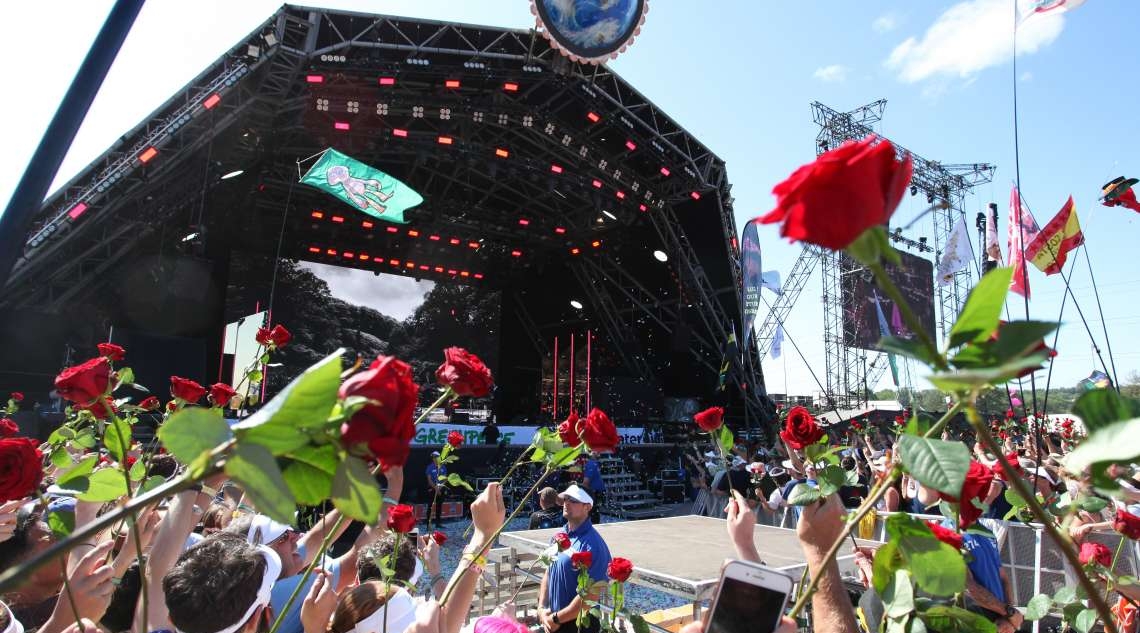 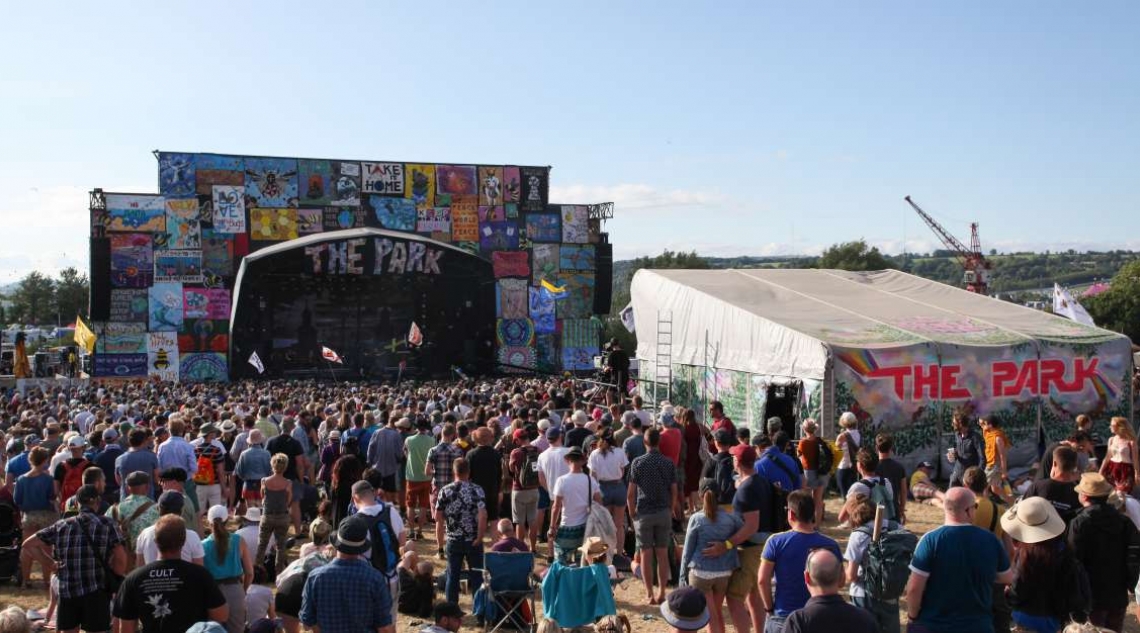 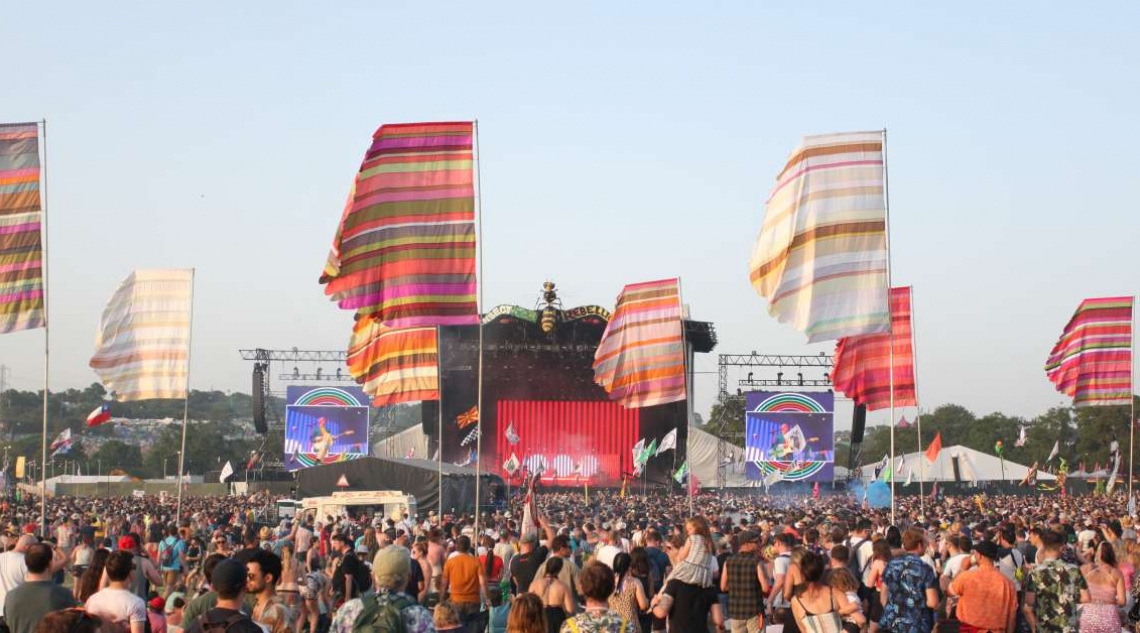 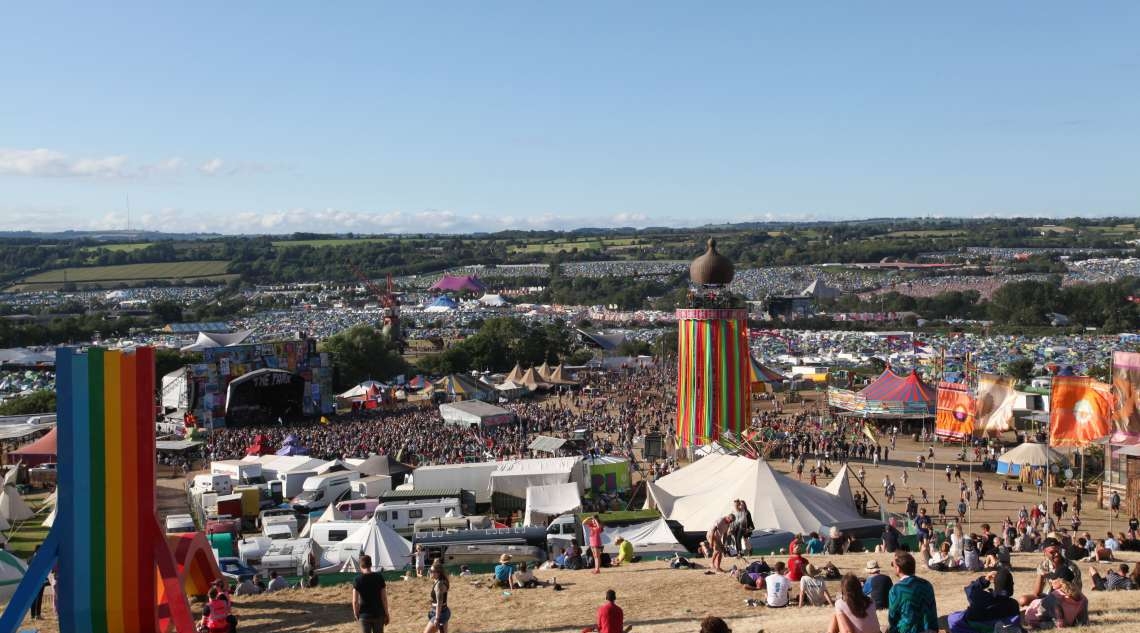 Share:
Our fabulous thirty five year relationship with Glastonbury Festival continued in June 2019. We supplied over 60 site structures, including new scenic elements to the Park Stage, the BBC Studio, along with the Pyramid, The Other, West Holts and John Peel festival stages.
Our biggest development for the festival was the innovative double header steel truss introduced to extend the 16m Supernova Park Stage frontage. On a stage that hosted acts such as the Idles and Foals, we engineered a 31m wide by 15m double frontage to allow designer Misty Buckley a huge canvas to create a ‘street art graffiti wall’ in touch with Glastonbury’s environmental messaging.
Once again our crew made the famous Pyramid Stage steel frame festival ready, installing all of the stage decking and loading bays, broadcast camera runs, VIP viewing platforms - all flanked by giant pa and screen truss goalposts. In front of the iconic stage there were broadcast camera platforms, eight PA delay towers giving great sound coverage up the hill, two low profile front of house structures to minimise disruption of sight lines, two spot pods, and a large assisted viewing platform (AVP).
Serious Stages project manager Simon Fursman commented:
“I oversaw the project, from the first Serious steel arriving at Worth Farm in early April, to managing an on-site team of up to sixty professionals installing infrastructure in the weeks prior to opening - through to clearing the site in July. This included the team constructing the TZ four tower roof for the Other stage, which was supplied with Serious steel truss goalposts, with camera platforms, front of house tower and AVP’s.”
“Sited above the Park Stage is the vibrant 17m tall Ribbon Tower, which has a Serious steel core, next to two bespoke buildings, which have been clad and dressed very differently to become the BBC Studio and Humble Well Tree Temple.”
Alongside this we were also responsible for West Holts Supernova stage, four venues within Silver Hayes and Leftfield, stage decking for a range of indoor venues including the John Peel Stage, retail outlets such as Lulu’s café and over 60 site structures including AVP’s and pyro towers for the new Arcadia Pangea area.